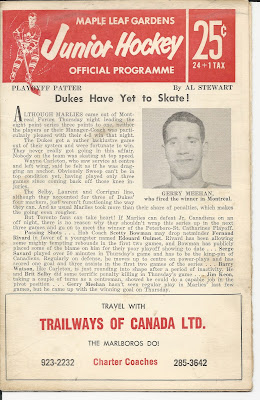 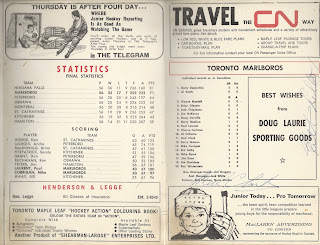 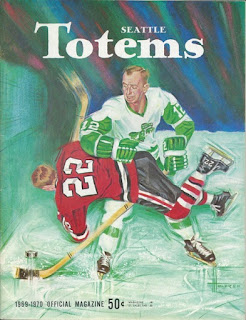 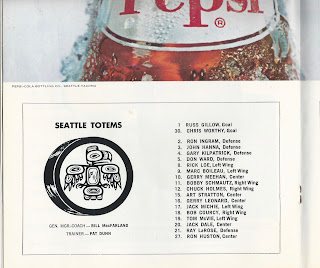 Programs for playoff games between the Seattle Totems and Portland Buckaroos on April 12 and 15, 1970. Gerry Meehan is incorrectly identified as "Gary" on both the photo page and the roster. The Totems lost these games 5-0 and 8-1 and ended up losing the series 4 games to 2. 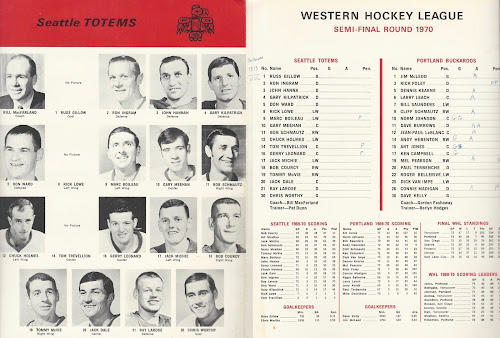 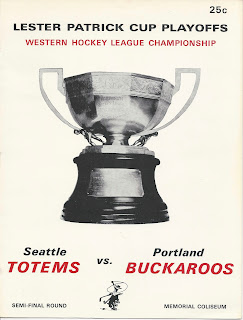 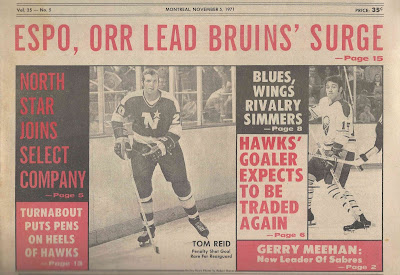 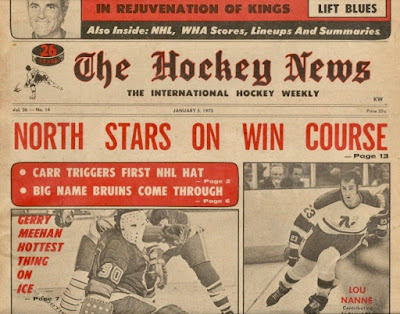