Flyers Killer
In an interview with Ed Snider, owner of the Philadelphia Flyers, a New York Times reporter brought up a painful memory. "In 1972, Gerry Meehan of the Buffalo Sabres scored a goal with four seconds left in the season finale that knocked your team out of the playoffs. Clarke told me you went down into the dressing room after the game and told the players, 'Don’t worry, we’ll be the stronger for this.' True story?" You can read the interview and his response here -- but more important, watch Meehan's most historic goal in this video:

Toronto Marlboros vs. Niagara Falls Flyers
This 4-minute clip shows Gerry Meehan and the Toronto Marlboros in action against the Niagara Falls Flyers in the 1964-65. Other players in this game who went on to play in the NHL are Rosaire Paiement, Bernie Parent, Jean Pronovost, Wayne Carleton, Gerry Desjardins, Jim McKenny, Bill Goldsworthy, Brian Glennie, Derek Sanderson, Gilles Marotte, and Jim Lorentz.
Fight: Gerry Meehan vs. Don Saleski
Gerry Meehan wasn't known as a fighter, but in this video he holds his own against Don "Big Bird" Saleski of the Philadelphia Flyers in a game from March 28, 1973. The fight starts at about 1:50. At 5:00, Saleski goes after him again.
Documentary: Defector
Gerry Meehan was featured in the 2017 documentary, "Defector," about Alexander Mogilny, the first Russian hockey player to defect and play in the NHL. As GM of the Sabres, Meehan played a leading role in making it happen. It's a fascinating story.
Gerry Meehan on the Defection of Alexander Mogilny
As part of a continuing legal education program at the Robert H. Jackson Center in Jamestown, N.Y. Gerry Meehan discusses his role in the bringing Alex Mogilny to the United States.
Alex Mogilny on His Defection and Debut with the Sabres
Short clip (2:15) showing Mogilny's arrival and early days in Buffalo.
Sabres Look Back at their First Three Captains
As part of their 50th anniversary celebration, the Sabres interviewed their first three captains, and in this video he reflects on his term as the team's second captain. "I was a very young captain," he says, "so I had to grow into the role. I just think part of it is the level of competitive contribution you bring  part of it's stability, and part of it's maturity. Watch video. 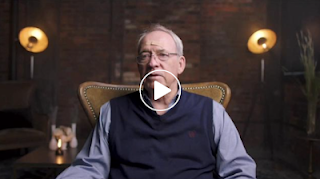