Original photo by Robert Shaver (1934-2010), photographer for the Buffalo Sabres from their inception in 1970 to the early 1990s. This photo shows Gerry Meehan and Terry Crisp of the St. Louis Blues and has the following note handwritten on the back: "This photo was 70-71 season. Won 3rd prize in NHL Hall of Fame contest." It was also used for the cover of the 1971-72 Sabres yearbook. 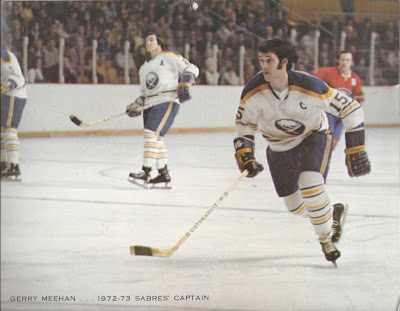 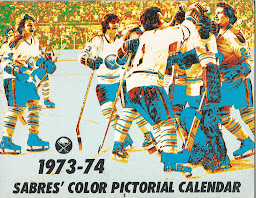 Original photo by Robert Shaver of Meehan trying to hold up Yvan Cournoyer of the Montreal Canadiens. 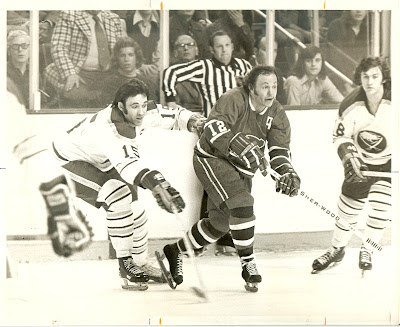 Original photo by Robert Shaver of Meehan being blocked by the Los Angeles Kings' Bob Woytowich during the 1971-72 season. Handwriting on the back says "Winnepeg" (sic), but Woytowich didn't play for the WHA's Winnipeg Jets until he left the Kings, and the uniform on the left is clearly the Kings. 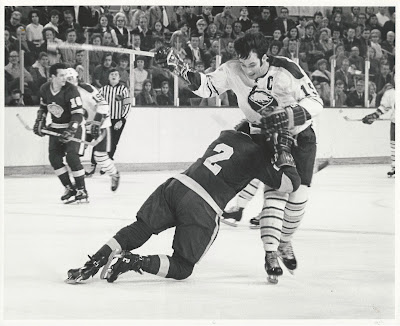 1971 photo from the original negative obtained from the photographer, Ron Riesterer. Gerry Meehan with Wayne Muloin (4) and goalie Gary Smith. 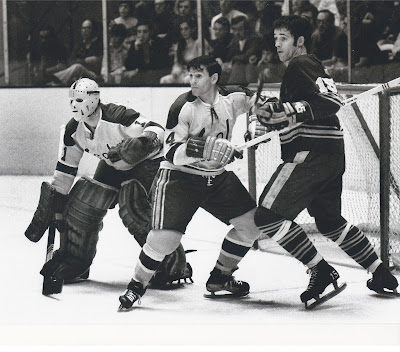 As an Atlanta Flame, Meehan is upended against the Los Angeles Kings. The culprit appears to be Kings defenseman Neil Komadoski. 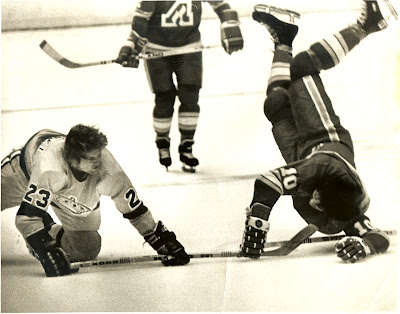 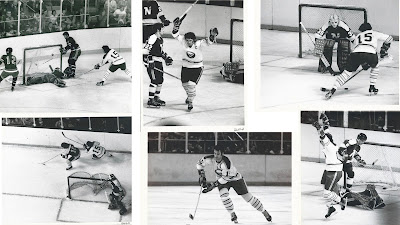 Original photo by Steve Sutton, whose name is written in red on the back side. Meehan is chasing center Walt Tzaczuk of the New York Rangers. 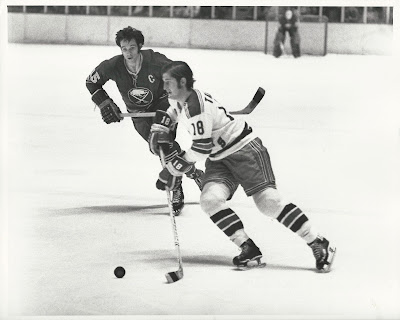 Original photo obtained from the Boston Globe. As an Atlanta Flame, Meehan is pictured with Andy Savard, Dallas Smith, and Gilles Gilbert of the Boston Bruins, Oct. 21, 1975. Original 5x7 photo from 1976 by Jerry Wachter. In the background is goalie Bernie Wolfe. 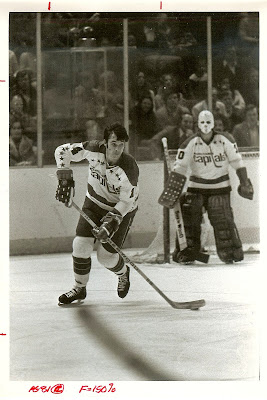 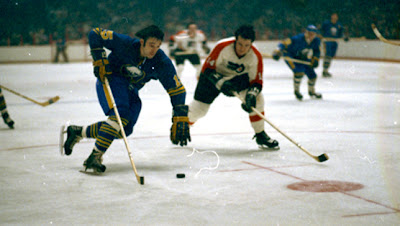 See original AP wire photos from the Sabres and Flames.
Posted by Mark Miller at 11:54 PM