As the Buffalo Sabres celebrated their 50th anniversary at the beginning of the 2019-20 season, Dan Dunleavy interviewed Gerry Meehan. In this interview, he talks about memories including being the first Sabre to record a multi-point game and how he came to replace Scotty Bowman as general manager of the team. See some great footage of the first years of the Sabres, one of the first former players to become an NHL executive. 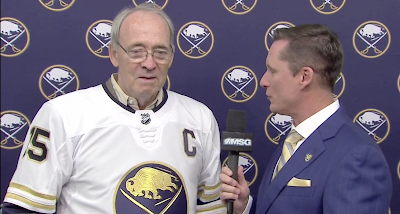