Uncut Strip
This rare uncut strip of three blank-back cards is from the 1972-73 Topps hockey card set. It was acquired directly from the Topps Vault. 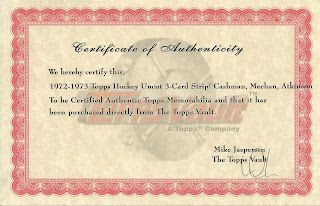 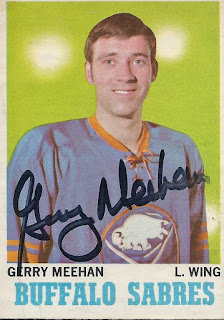 PSA-Graded Cards
The full collection of NHL Topps and OPC cards, each graded Near Mint/Mint or Mint by PSA (Professional Sports Authenticator) 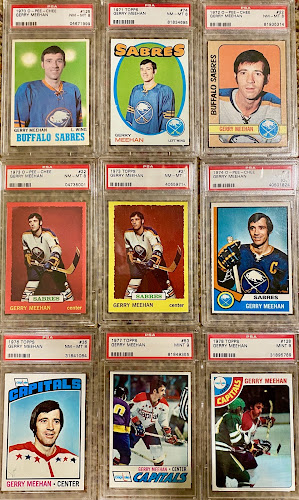 Proof Card
This is a 1976-77 slick proof card acquired from the Topps Vault. Because it was a test printing, the back is blank. These cards were produced as part of the printing process to ensure the quality of the printing. 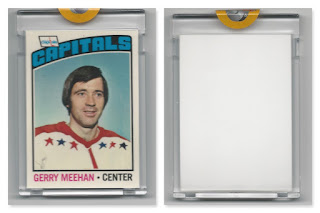 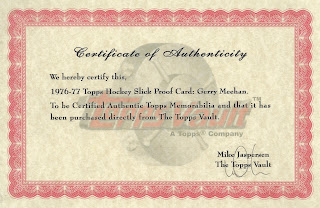 Even rarer is this 1974-75 Loblaw's sticker below showing Meehan as a Vancouver Canuck. The original 324-card set included Meehan as a Buffalo Sabre, but he was traded to Vancouver after playing just three games. Look at the two stickers below -- like most of the stickers in the update set, this photo was airbrushed to make it look like he was wearing a Canucks jersey. But you can see it's a close-up of the original photo. 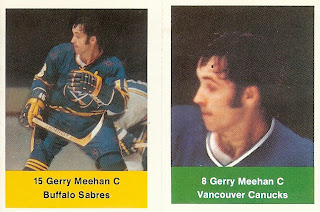 Custom Cards
These four unlicensed cards from the Compleat Toronto Maple Leafs Card Compendium fill a gap, because Meehan didn't have officially released cards for the Maple Leafs, Flyers, Canucks, or Flames. Here's what those cards might have looked like for the 1968-69 and 1974-75 seasons.

And another custom-made card, with a blank back (source unknown): 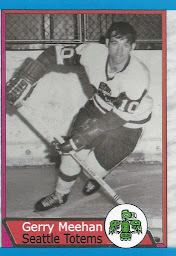 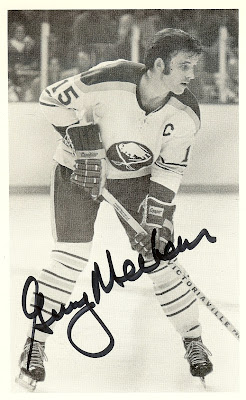 Buffalo Sabres Postcard, 1970s (signed on the back in red ink) 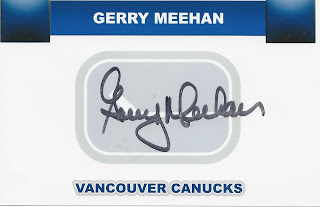 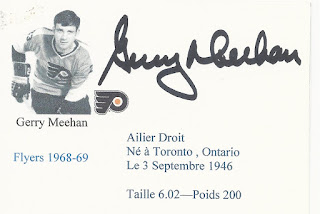 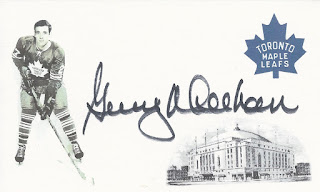 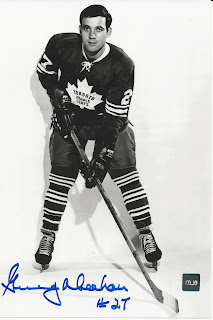